Debunking the Myth of the Entrepreneurial Identity 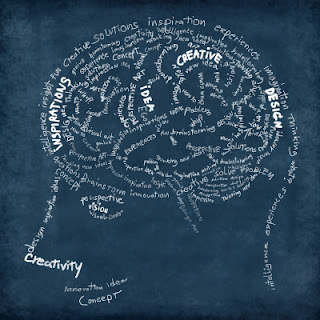 We have all been conditioned to believe that entrepreneurship is an exclusive identity.  But it’s not.  Entrepreneurship is an activity, made possible by a wide array of skills, tools and resources.  Over the course of the next several paragraphs, I hope you’ll bear with me as I do my best to debunk the widespread and counterproductive myth of the born entrepreneur.

The term entrepreneur comes from the French word entreprendre, meaning to undertake or to manage.  As a result, entrepreneurship is etymologically linked to a form of action, rather than a state of being or set of traits.  While the meaning behind the term is broad and open-ended, most literature about entrepreneurship is distressingly exclusive in tone, whether inadvertently or by design.  The web is full of articles and blogs endlessly listing the character traits that every entrepreneur simply must have to be successful.  They frame it in terms of: how to be a successful entrepreneur…in order to succeed you must be these things, have these very particular yet thoroughly generic attributes.  The implication is that an incredibly small subset of the population, people with superhuman talent and insights like Bill Gates, Steve Jobs, Sergei Brin and Larry Page -- they have what it takes to create meaningful new businesses because they were simply wired that way.  The message is that they have the right stuff and, most likely, you don't.
To Be or Not to Be, That Is Not the Right Question

This entrepreneurship-as-identity fallacy unfortunately pervades higher education as well.  In business school, I selected entrepreneurship as my concentration.  In more than one class, we were required to purchase outrageously expensive textbooks littered with misleading truisms like “The Seven Character Traits of Entrepreneurship.”  One – Perseverance.  Two – Creativity.  Three – Flexibility.  Four – GIVE ME A BREAK!  For the most part, these textbooks are a complete waste of money.  Of course, starting a business requires perseverance, creativity and flexibility.  You know what also requires a ton of perseverance, creativity and flexibility?  Life.  Just living requires those things in some form or another, and they are certainly necessary to succeed in any profession, not just the business world.

You can’t teach someone how to be an entrepreneur, any more than you can teach someone how to be Richard Branson.  Although, come to think of it, how hard can that be?  Step One: Grow out your hair. Step Two: Speak with a foppish British accent.  Step Three: grow a goatee, refuse to wear a tie, and go parasailing, constantly… Thanks a lot, textbook.  (Only kidding, Sir Richard – you rock!)

The most familiar type of entrepreneurship is also the most extreme and atypical.  Risking everything you have to start a high-growth tech company from scratch is incredibly difficult, and admittedly not everyone is willing to accept that level of risk.  But that is by no means the only way to create a viable business.  Entrepreneurship is less of a cohesive identity, and more importantly a process – a way of thinking and doing – that spurs innovation and creates value.  That’s why many large companies try to embrace the idea of intrapreneurship, innovation and informed risk-taking from within an established organization.

Cut to the Chase Already

What’s the point of all this, you might ask?  I created Inclusiva because there are a lot of creative people out there who excel at their chosen craft, but don’t think that they can be entrepreneurs, don’t think that they can be in business because they have been made to feel that business is something other, something purely about profit, something incompatible with being creative, conscientious, community-focused, fill in the blank.  Or maybe they’ve read one too many of these boneheaded lists online or self-help books about what it takes to be an entrepreneur, and they’ve been made to feel that they simply don’t have what it takes because of who they are.  Inclusiva exists to change this way of thinking, to approach entrepreneurship as a widely inclusive discipline, rather than an identity reserved for an elite few.
Posted by Unknown at 2:52 PM