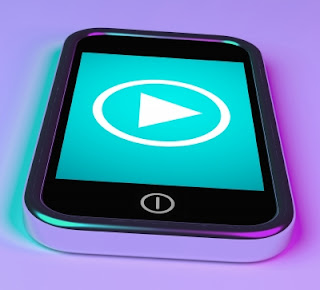 Maybe you endure a hellish daily commute, enjoy distracting yourself at the gym, or just need to zone out while cooking dinner.  Whichever scenario sounds most familiar, my forthcoming list of go-to podcasts offers no shortage of intellectual stimulation and shameless diversion.  For enjoying these and other fine audio programs, I highly recommend an app called Stitcher, available for free on your smartphone and desktop web browser, which allows you to organize your favorite podcasts into playlists (e.g., business, politics and pleasure – guilty or otherwise).

Despite being a longtime listener of NPR, it took me a while to give Marketplace a chance.  It probably had something to do with the fact that the voice of its host and senior editor Kai Ryssdal sounded overly slick and narcissistic -- I visualized the progeny of a used car salesman and a game show host in front of a microphone.  Little did I know that Ryssdal is bright and well-intentioned, and his show is almost unquestionably the finest all-around business and economics podcast currently gracing the airwaves.  With an unexpectedly sociological perspective on finance, Marketplace makes the world of mainstream business accessible and engaging for experts and laypeople alike.

If my grandfather knew what a podcast was, he would never forgive me for neglecting to include Mr. Zakaria on my list of favorites.  Despite the title, this is not a show about geolocation gadgets.  CNN's GPS – an annoying, head-scratch inducing acronym for Global Public Square – features consistently thoughtful and articulate editorials by its host (past troubles with plagiarism notwithstanding).  With uncharacteristic intellect and worldliness, FZ proves week after week that he remains one of the few worthwhile commentators in the increasingly odious cable news landscape.

An offshoot of the aforementioned Marketplace, the Morning Report offers insightful business stories in succinct, seven-minute segments.  When you just want a taste of the day’s headlines without too much of a time commitment, this show is a great option.

Join good-natured, low-key host Michael Krasny, Ph.D. as he explores political, economic and cultural topics, including those that affect the Bay Area in particular.  Ever since 1993 Krasny has been interviewing intellectuals, authors and other newsmakers with his genial, easy-going style.  Forum has a slightly more local Nor Cal focus than some other shows on this list, and includes a mixed bag of call-ins from listeners, but it deals with broad themes and issues that should prove relevant to a wide audience.

This Week in Startups (TWiST)

TWiST is a weekly podcast series hosted by tech entrepreneur Jason Calacanis who discusses the latest developments in the world of Silicon Valley tech startups and interviews founders of emergent internet companies.  This one is new to my lineup, but offers casual yet revealing chats with a roster of interesting guests for those interested in technology, venture finance, crowdfunding and related topics.

Is there anyone left out there who isn’t hooked on TAL?  Every week Ira Glass and company deliver engrossing, humorous and often poignant stories that blur the lines between journalism and radio drama.  Last year they were forced into an unprecedented apologia after finding themselves in hot water for airing a story called "Mr. Daisy and the Apple Factory," which turned about to be almost entirely fabricated.  But in true TAL fashion, even their retraction proved captivating and unforgettable.  If you want a shining example of TAL’s brilliance, check out this installment entitled "The Incredible Case of the P.I. Moms," a seemingly straightforward story that quickly devolves into an outrageous, mind-bending tale of criminal conspiracy, corruption and intrigue that is not to be believed.

I have a serious soft spot for Terry Gross, the venerable host of NPR’s long-running Fresh Air interview show.  Pretty sure I'm not the only one.  Among the most classic interviews I’ve ever come across was Terry’s testy encounter with KISS frontman (and unhinged megalomaniac) Gene Simmons back in 2002.  Several times a week, Terry and her inner circle of contributors interview prominent actors, filmmakers, musicians and other newsmakers, blending unassuming politeness with probing interrogation.

The Treatment with Elvis Mitchell

Erudite, dreadlocked film critic Elvis Mitchell interviews Hollywood insiders on his weekly public radio show.  Mitchell often surprises his guests with the depth of his research and the scholarly – bordering occasionally on pretentious – questions that he brings to each conversation.  For any fan of motion pictures, this one is a no brainer.

Girl on Guy with Aisha Tyler

You don’t have to be a comic book geek to enjoy former filmmaker turned podcast pioneer Kevin Smith’s weekly interview show devoted to his love for the Caped Crusader…but it helps.  This series is an unabashed guilty pleasure for anyone who adores all things related to Batman and Gotham City as much as I do.  Despite Smith’s indulgent, meandering introductions and ganja-fueled asides, the show features fascinating interviews with many of the key artists involved in Bat-media, from the current New 52 comics to the beloved Animated Series, the Chris Nolan trilogy and beyond.
Posted by Unknown at 6:07 PM 2 comments: